Provides a two-way dialogue about traffic congestion and road conditions in Menifee. It aims to educate residents about how Menifee Public Works is easing traffic congestion and completing road repair projects, while working as an avenue for the community to voice traffic, street and graffiti-related concerns or to ask questions.

Why so much traffic congestion?


During the past decade Menifee has grown from a rural stop along Interstate 215 to the second fastest growing city in Riverside County. With growth, unfortunately, comes growing pains. As new families move to Menifee and new retails stores and restaurants open, more vehicles are making trips n Menifee's main thoroughfares. As the City works to improve infrastructure to catch up with growth, traffic congestion has become one of Menifee resident's top priorities.

Funding to improve congestion comes from increases sales tax and property tax, which is why most improvements can not be done prior to growth.

How can we improve it?


Changes and improves circulation. Projects are prioritized based on a combination of need, funding availability and readiness to begin. There types of projects include:


Projects improve traffic flow on existing streets and include: 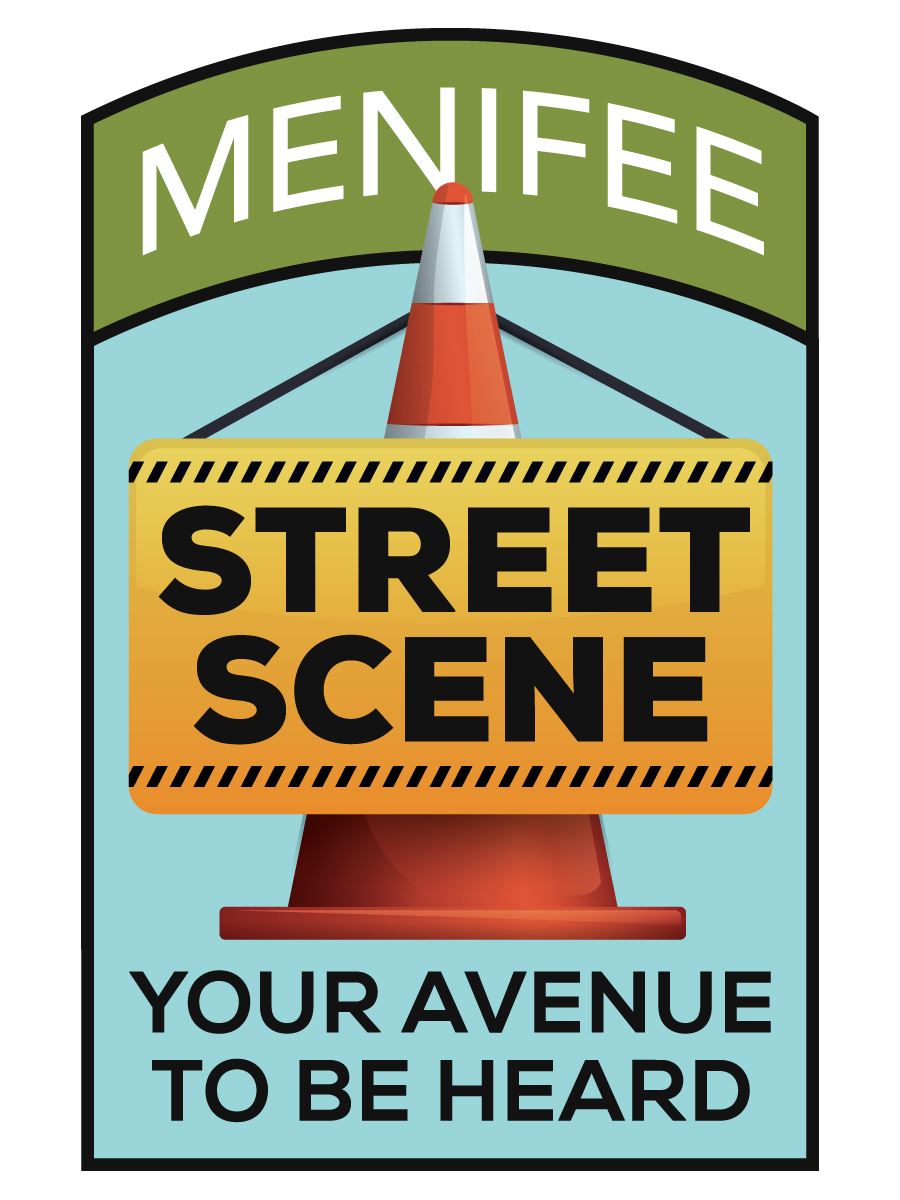 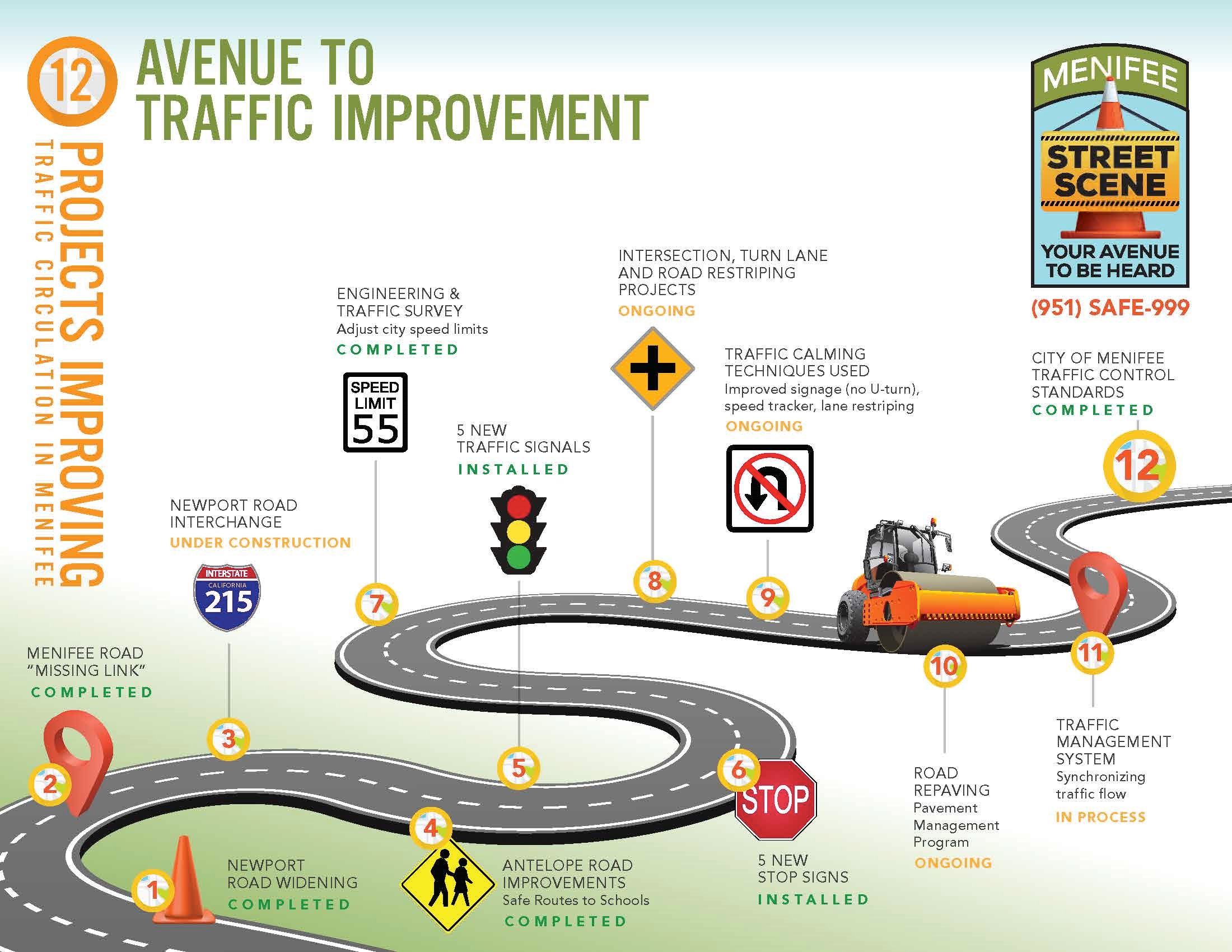